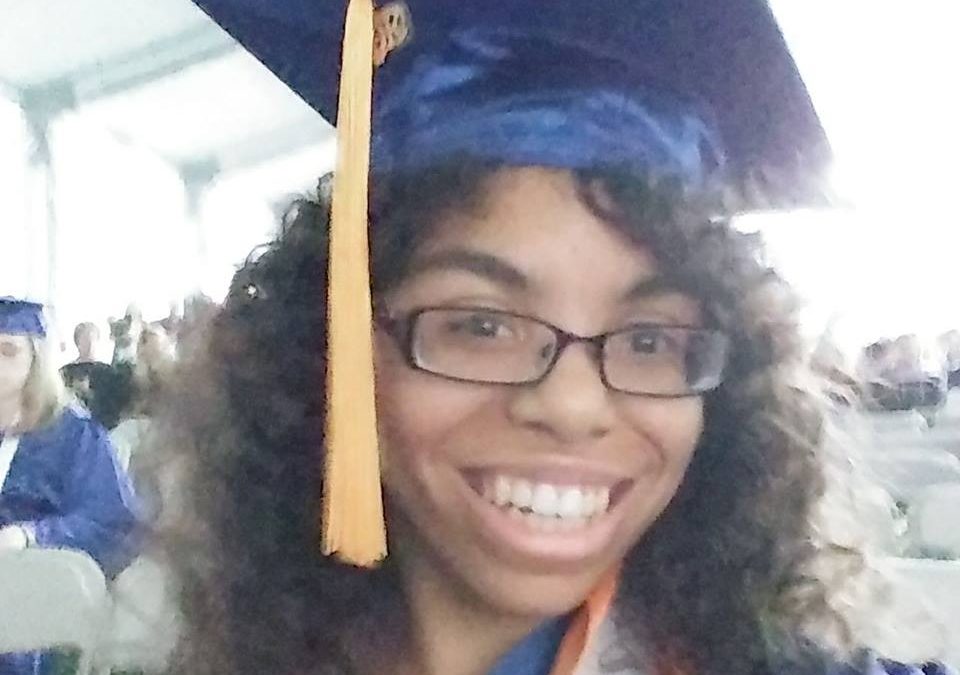 Caitlyn currently works for the Transformative Justice Coalition (TJC) as its Social Media Director and as a Special Assistant to Barbara Arnwine, president and founder of TJC. Caitlyn also serves as staff for the newly-formed National Commission for Voter Justice (NCVJ), which is administered by TJC. Caitlyn Cobb was born in Elmira, New York and raised by her adoptive parents in Glen Burnie, Maryland. In August of 2016, she officially earned her Associates in paralegal studies at Anne Arundel Community College, where she is a member of the Phi Theta Kappa Honor Society. Her ultimate goal is to fight for the people; and, her ultimate career goals are to be the first Black Woman Attorney General of Maryland and to be an author of a series of books bringing awareness to the realities of homelessness.

She works extensively with the Voting Rights Alliance, helping plan the press conferences and Facebook live events and Twitter Town Halls/Chats, and has written 28 articles for the Voting Rights Alliance as part of its #VRABlackHistory series in honor of Black History Month 2017. This series took a chronological look at the heroes, sheroes, events, and organizations that helped to advance African-American suffrage over the past 4 centuries. The articles in this series were emailed out daily, as well as published daily on the Voting Rights Alliance’s twitter and website. The entirety of the series can be viewed on the interactive calendar at VotingRightsAlliance.net. There will be a renewal of this series this year, in 2018, during Black History Month, with 8 additional articles set to be released.

Caitlyn helped edit Barbara Arnwine’s major 2016 report “Fostering an Inclusive Democracy”, and has written many articles for TJC’s weekly e-newsletter The Transformer, including a 10-page in-depth report analyzing felon disenfranchisement. Caitlyn helps plan TJC’s Millennial Votes Matter Convenings and helps manage websites for TJC, the Voting Rights Alliance, and the NCVJ. Caitlyn helped plan and spoke on 2 panels at the 2016 African-American Women and the Law Conference (AAWLC), where she shed light on the issue of homelessness by sharing her own stories of what it was like being a Black woman who was homeless for the majority of five years. Caitlyn appeared on Igniting Change with Barbara Arnwine several times in 2016, also speaking to her experiences while being homeless. Both at the 2016 AAWLC and on Igniting Change, Caitlyn spoke not only about her experiences, but also what should be done differently to address not only the crises of homelessness, but also, as she puts it, the “homeless mindset”, the psychological issues and deep-seeded PTSD that develops from any prolonged period of homelessness. In December of 2016, Caitlyn was selected by the W.K. Kellogg Foundation to attend their week-long “Truth, Racial Healing, and Transformation” summit in Carlsbad, California.

In her personal time, Caitlyn is a singer-songwriter who hosts a weekly #KaraokeLIVE #FridayNightLive Facebook live show, which she began in October of 2017, where she shares her love of music and helps inspire others to follow their dreams. Caitlyn has been writing and singing since she was eight years old, and is grateful Facebook has given her the platform to share her talents with those around the world and especially with her biological family, who she reconnected with in 2017 after 24 years. Her newest song (released 2018), “Rise Up, America” was co-written and features rapper Deanthony “Ducce” Ford and promotes civic engagement.

Aside from performing and writing, Caitlyn is not only a mother, but is also a community and social media activist advocating for civil rights and for people to love who they are. In April of 2015, she marched in the protests in Baltimore City in the wake of the killing of Freddie Gray. During this time, she also created over 300 #BmoreUnited stickers and passed them out to spread unity. She has a heart for those in need and knows how best to help them because she was once in a similar position. After dealing with a 5-year-long stretch of near-uninterrupted homelessness until January 2016, obtaining her Associates is one of her proudest moments, second, she says, to having her daughter. She aims to create a program at AACC to help the homeless to let them know that it’s possible to attend college and achieve their dreams. Her platform is simple: since Napoleon said “Ability is nothing without opportunity”, why not give people every opportunity to succeed? Her mantra and hope to those who are in a similar position like she was is that if she can do it- You Can Too!